Look Back With Laughter
The Final Tribute to Graham Walker 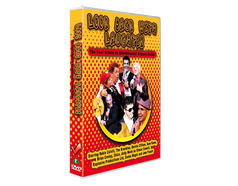 The final tribute to one of the UK`s funniest men
Mr Graham Walker part of the legendary Grumbleweeds.
A DVD full of laughter and tears. Two hours of fantastic variety, as entertainment should be! A collection of the finest talent in the UK all on one disc. Filmed live at the Darlington Civic Theatre 2013
Starring Robin Colvill, The Krankies, Bernie Clifton, Sam Kane, Brian Conley, Chico, Andy Monk as Simon Cowell, Explosive Productions Ltd, Zooka Magic and Jem Frazer.
Also included with this spectacular live DVD is a Bonus DVD - The Grumbleweeds
The Godfathers of Comedy.

Once in a Lifetime
A Tribute to Graham Walker 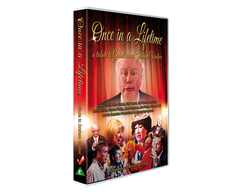 Grumbleweeds show and documentary Redtick films are proud to have been contracted to film Once in a lifetime a documentary about Graham Walker one half of the legendary Grumbleweeds.